Since the year 1984 the Kawasaki company has been producing Vulcan motorcycles. The name Vulcan has been used for cruiser type cycles and also those that have been custom built. The motorcycles that use the name are the ones that use the V Twin engine type and the models that are powered by 125ccs up to 2000ccs.

There are a variety of these types of motorcycles including the Kawasaki Eliminator 125, the Kawasaki Vulcan 400, the Kawasaki 900 Classic, the 1500 Mean Streak and the 1700 Nomad.Each year the Vulcan style bikes were changed and upgraded to keep them new and able to hold strong when it came to competitor models. For the 2009 model year there were several styles to choose from giving riders a choice of how to ride when they decided to hit the open road. The Classic LT model came equipped with a large engine that even today is still in production. This one came with 2,053ccs of power within a V Twin engine that would knock the socks off of an inexperienced rider, but others looked at that type of power as perfect.
The Classic Kawasaki Vulcan model also came with that heavy duty style engine and a steel double-cradle frame to get the bike very good strength overall. The last model that boasted the 2,000+cc bike was the Vulcan 2000. It also had the steel double-cradle frame and dual front disc brakes with single rear disc brakes. The 1700 Vulcan models offered 1,700ccs of power within a liquid cooled, fuel injected engine and a 6 speed transmission with a windshield and saddlebags on later models. On down the list the models had lower levels of power, a 5 speed transmission introduced and Vulcan 400 Custom and Classic models that were in production from the year 1996 until 2007.
Manufacturer: Kawasaki
Sale Price {estimated}:US-$14499;
Model ID: Vulcan 2000
Model Year: 2004
Type: Vulcan Cruisers, also known as VN
Emissions:
Available Colors: Pearl Glacial Blue, Metallic Sorcerer Purple Prism, Metallic Majestic Red. 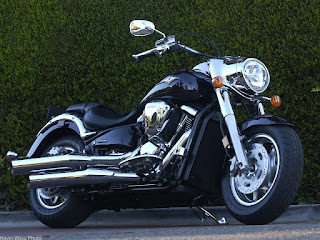 BLOGGER
FACEBOOK
There may have been a number of supercars powered by V12 engines and breaking at 200 km / h on an average road, but BMW has gone a different route with super and cool concept cars that made it to production (2007-2011-Part 1).